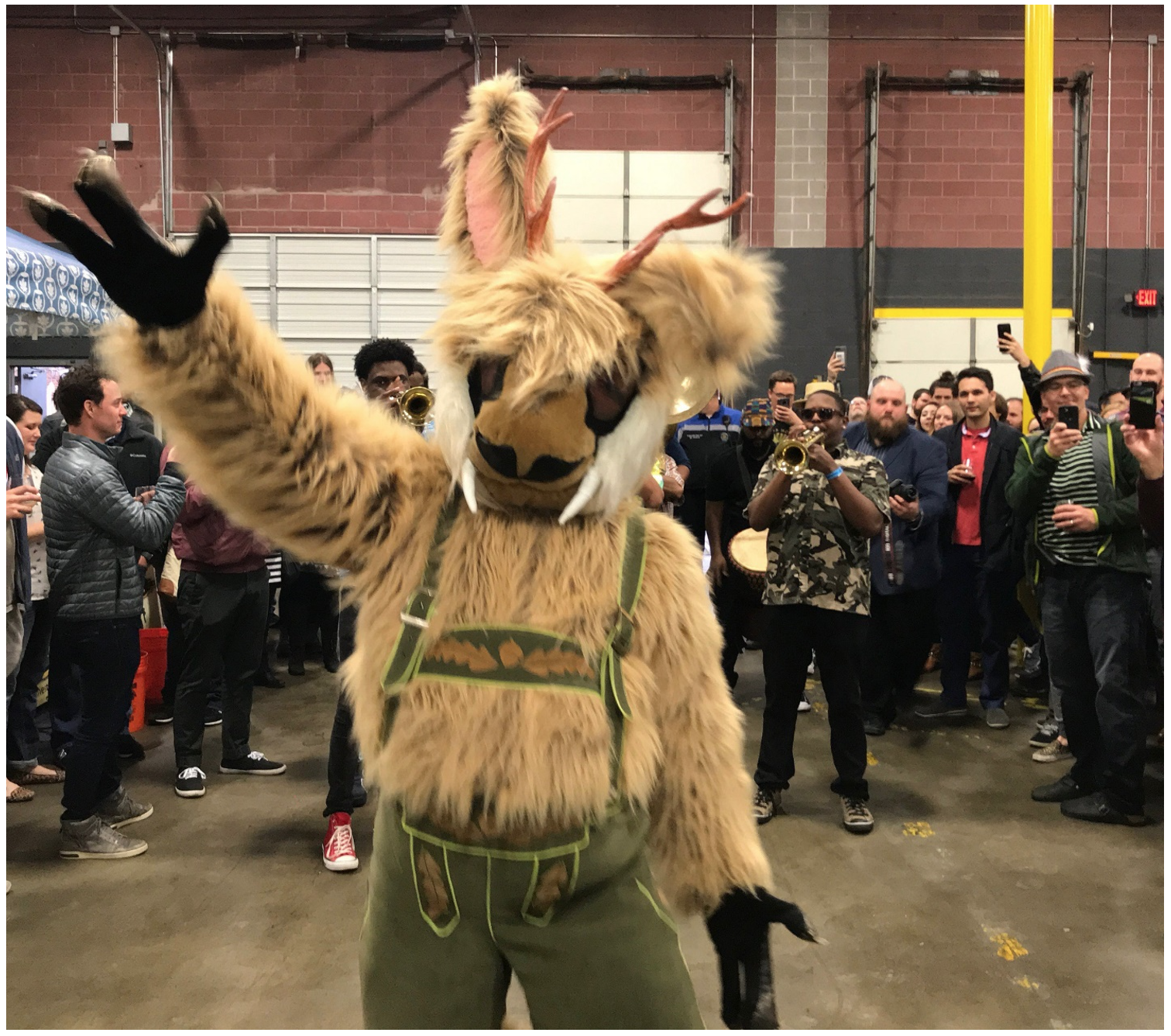 The mythical Bavarian creature is making their return at Urban Chestnut’s anniversary festival ~ celebrating the spirit & community of craft beer.

Wolpertinger (or Wolpi as they/them are familiarly known), will be coming out of hiding to celebrate Urban Chestnut’s 12th anniversary.  If you haven’t made their acquaintance yet, Wolpertinger, is a mythical German creature similar to the American Jackalope. The creature combines distinctive traits from a variety of species and is rumored to live in the Bavarian Black Forest.

“We’re all quite excited to bring Wolpertinger the festival back.  It’s collectively, our UCBC community’s favorite festival,” says UCBC Co-Founder David Wolfe, “Also, we’ve missed Wolpi the creature a lot, and while we’re not sure if they were “self-quarantining” or just shaking their horned head at us all, we’re very grateful they’re coming back!”

As part of the annual theme of the festival, Urban Chestnut encourages the attending breweries to bring unique, experimental, and/or special beers. UCBC will pour some of their special releases, including their anniversary brew, Wolpertinger 2023,  as well as some other new and old barrel-aged releases.

As is tradition, UCBC opens up the entire Grove Brewery & Bierhall to guest brewers and festival goers, while also featuring live music from a local brass band(s).  The festivities for the day culminate in the Wolpertinger March- a Wolpi-led band parade throughout the entire footprint of the brewery celebrating the spirit & community of craft beer with all in attendance.

UCBC pizza-by-the-slice and other small fare will be available, and of course festival goers are urged to dress like Wolpertinger, where the ‘best dressed’ earn Urban Chestnut prizes and beer.

Tickets are available for purchase online now. $45 per ticket that includes a commemorative glass and unlimited beer samples.

Cost: General admission tickets are $45 each. Includes a commemorative Wolpertinger sampling glass & unlimited samples of beer from over 40 guest breweries