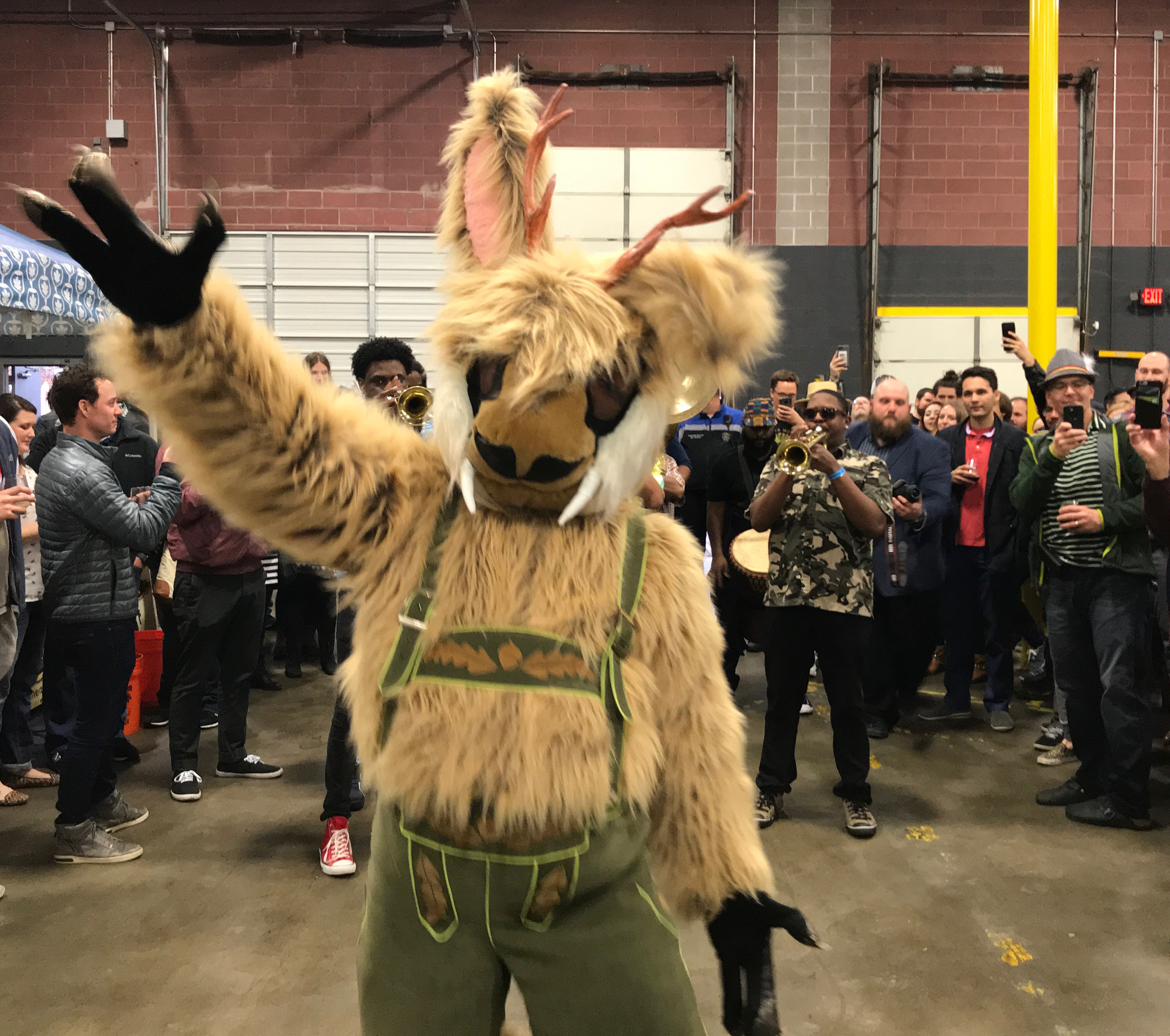 Wolpertinger, Urban Chestnut's 8th anniversary festival, is back at the Grove Brewery & Bierhall on Sunday, Jan. 27th. Get Tix here!

Wolpertinger* is our annual, anniversary beer festival celebrating the spirit & community of craft brewers in and around the St. Louis community. This year’s festival features:

Our special guest brewery for this year is Casey Brewing and Blending from Glenwood Springs, CO.

General admission tickets are $40 each and include a commemorative glass and unlimited beer samples.

**SOLD OUT**VIP Experience: This year, we are featuring a special, pre-fest experience! Join UCBC Brewmaster Florian Kuplent and Founder and Brewmaster Troy Casey from Casey Brewing for a meet-and-greet sampling at The U.R.B. from 12-1pm. Be the first to try the selection of beers from our guest brewery, Casey Brewing, as well as special U.R.B. Experimental Releases. In addition to commemorative fest glass and unlimited samples at Wolpertinger 2019, your ticket will also include a brunch buffet of U.R.B. breakfast pizza as well as sweets and baked goods and first entry into the festival at 1pm. Tickets are $70 each, but hurry because we only have a limited supply!Purchase your tickets HERE!RSVP on Facebook.#Wolpertinger2019

*For the unacquainted, the Wolpertinger is a mythical German creature, similar to the American Jackalope, rumored to live in the Bavarian Black Forest. Witness accounts usually describe this nocturnal creature as having the body of a rabbit accompanied by wings, fangs, and antlers. Here at Urban Chestnut, we like to view this storied creature as a symbol for the Craft Beer Community in and around the St. Louis area. Just like the Wolpertinger, displaying distinctive traits from a variety of species, the breweries of St. Louis, who have their own distinctive niches and identities, come together on a rare afternoon in January to form one community of St. Louis brewers... And legend has it... that once you’ve enjoyed enough samples at the festival, you just might spot the actual beast!